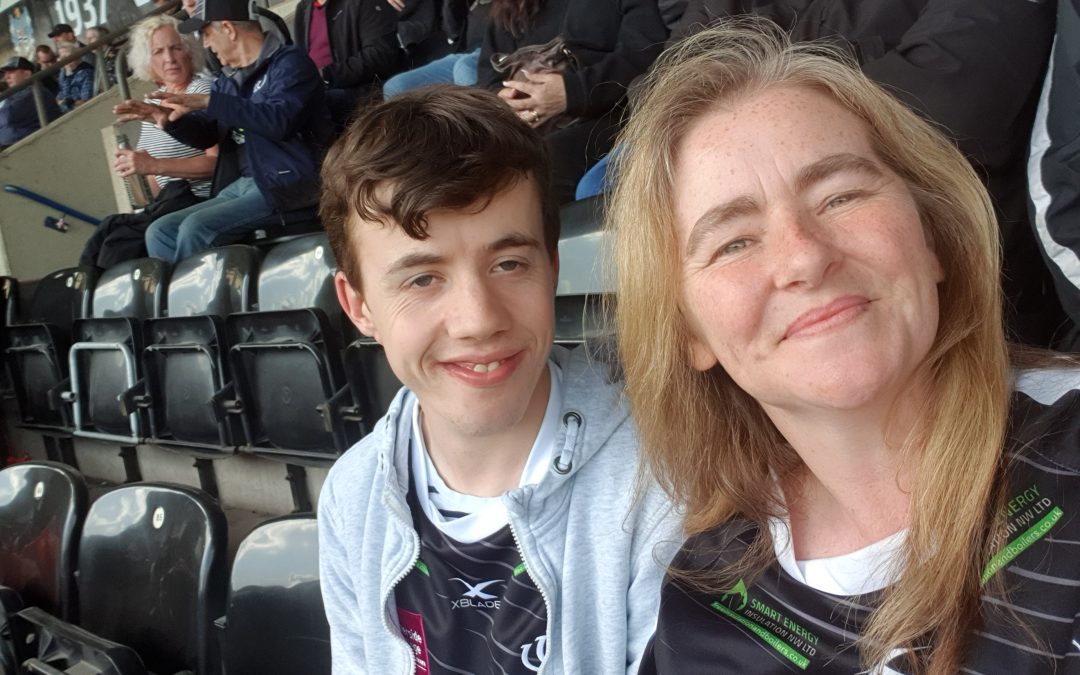 Paula, who works in Vivo Care Choices’ learning disability day services at Canal Street in Chester, has a long history of helping others through volunteering.

It is currently Volunteers Week (1-7 June), which is a great opportunity to celebrate and thank volunteers for the important role they play in their communities.

The vast majority of Paula’s volunteering has been with Ferries Family Groups, which is based in Birkenhead and supports social inclusion in economically-deprived areas. She was actively involved for more than 14 years.

When Paula was heavily involved with the project, she delivered weekly support sessions for families to meet and socialise and access one-to-one support.

She also helped run a number of different courses, such as Cooking on a Budget, Drug Proofing Teens, Positive Parenting and Managing Finances.

Paula said: “As I’ve moved from a shift pattern to working in day services, I’m not as active as I used to be, but I still get in touch with many of the groups to offer support and guidance when they need it.

“The support families receive through Ferries Family Groups makes a big difference to them.”

With a keen interest in Rugby League, Paula has also volunteered at a number of different clubs.

After being a Welfare Officer at amateur clubs Chester Gladiators and Widnes Moorfield, she recently joined the Committee of Widnes Independent Supporters Society Limited (WISSI), which is a Supporters Trust affiliated with Widnes Vikings.

With her connections at WISSI helping Paula pick up her Wheelchair Rugby League coaching accreditations, she now supports Mersey Storm.

Through Vivo’s learning disability football sessions, Paula found out somebody who used services enjoyed watching rugby and offered to take him to a match.

For the past two seasons, Lewis has had a season ticket for Widnes Vikings and Paula has supported him every step of the way.

Paula added: “As Lewis has moved out of the area, he no longer accesses Vivo’s services, but I have permission from his social worker and family to take him to games.

“He loves going to watch Widnes. I pick him up before each home game, some away games and we even went to watch England take on New Zealand in Leeds last year.”

To add to her long list of volunteering roles, Paula helps out at The Little Theatre in Birkenhead and Forum Theatre in Chester, selling programmes and ice creams and supporting with anything else she can.

Cheshire West and Chester Council and Cheshire West Voluntary Action (CWVA) are working together to celebrate and thank volunteers.

How you can get involved

Inspire Cheshire West gives you the opportunity to share your stories about how you’ve supported your community.

You can also share your volunteering stories on your own social media accounts. Make sure you use #VolunteersWeek and download the Volunteers Week artwork the Council and CWVA have developed.