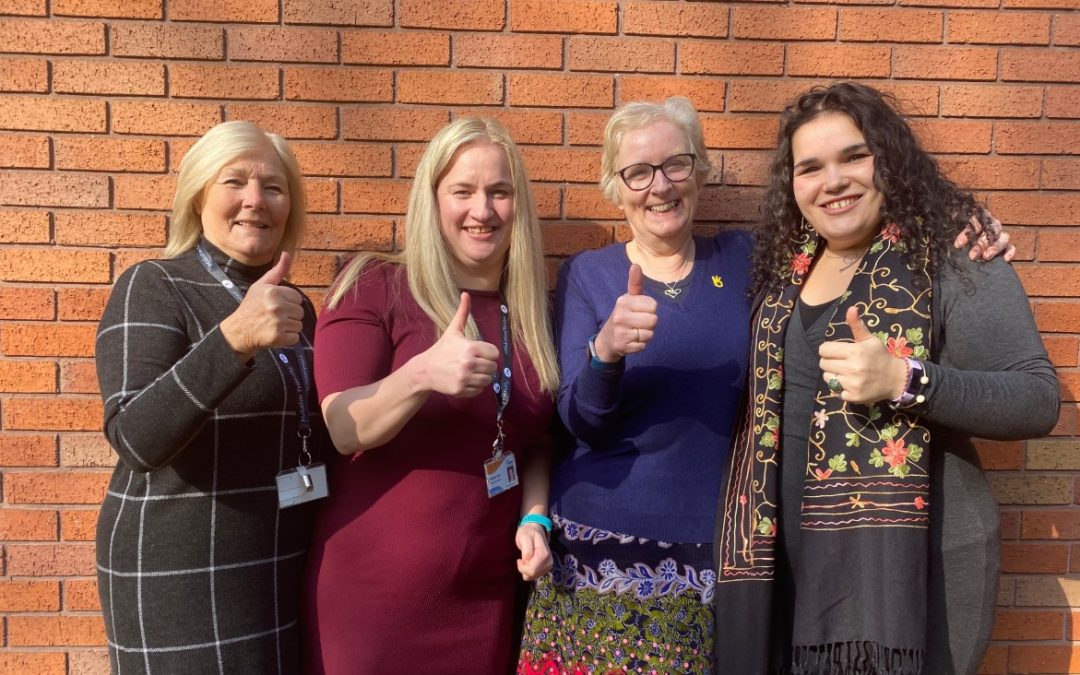 Vivo Care Choices’ Respite service at Dorin Court has become Makaton friendly to make it as easy as possible for people using the service to communicate with staff.

Makaton is a language system thousands of people in the UK, as well as many others around the world, depend on to communicate.

A campaign was launched last year to make Chester the first Makaton-friendly city in the UK, with plenty of businesses pledging their support so far.

Staff at Dorin Court have taken part in Makaton training sessions to learn different ways they can communicate with people using the Respite service.

Makaton symbols are being used throughout the building to support those using the service to become more familiar with some of the rooms, such as the shower room and bedroom.

Ellie Pugh, Service Manager at Dorin Court, said: “The people who use our services are at the heart of everything we do.

“You can already see it making a real difference to the people we support because more of our staff are talking to them in another language they’re comfortable with.

“Makaton is now embedded in how we work at Dorin Court so any new starters will be introduced to the language straightaway and current staff will be going on further training.

“One of the great things is that a lot of businesses in the local Upton area are now Makaton friendly so it means we can practice Makaton with each other.

“Makaton is important to a lot of people with support needs so we’re proud to be supporting the campaign to make Chester a Makaton-friendly city.”

Staff across Vivo’s services are now taking part in Makaton training, with the aim for the whole organisation to be Makaton friendly in the near future.

Hannah Anderson, Director of Membership and Partnerships at The Makaton Charity, visited Dorin Court recently to see the work going on there.

She added: “It is great that Vivo Care Choices is supporting this initiative as you can see there are some real benefits already for the people using the service.

“Dorin Court uses a selection of symbols to support with orientation around the service and the signs are only there to help, with an understanding of the overall needs of the people using the service there.”

If you would like to learn more about Makaton, visit: makaton.org. If you want to be part of the campaign to make Chester the first Makaton-friendly city in the UK, please contact Amanda Glennon: amanda@itmatterscic.co.uk.