Going the extra mile for people with learning disabilities and autism 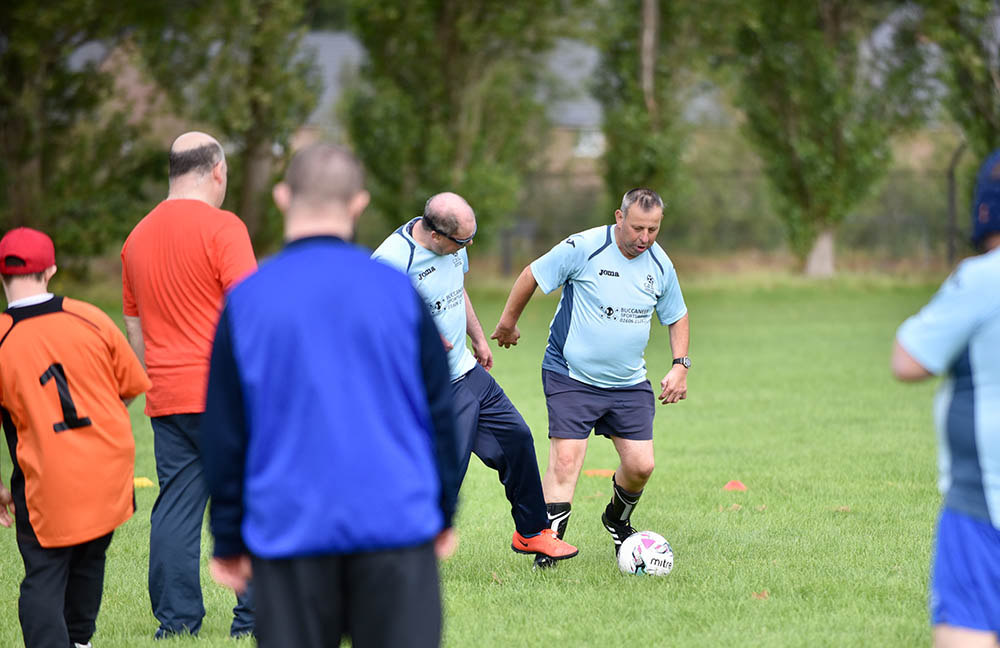 A group of support workers at Vivo Care Choices have gained their football coaching badges to help people with learning disabilities and autism take part in the sport they love.

People with learning disabilities and autism who use Vivo’s services are involved with the Cheshire Disability Social League (CDSL), training once a week and meeting up with other people from day centres across Cheshire for a monthly tournament.

Vivo helped to initially set up the league and no fewer than 14 of its support workers have taken part in level one coaching courses with Cheshire Football Association (FA) to learn the ropes of football management.

Jo Silva, Deputy Service Manager of Vivo’s Firdale Day Centre and Chairperson of CDSL, said: “It started back in 2010 as we’d always had a group of people using our services who enjoyed football.

“Cheshire FA opened across the road and we decided to do a bit of a sports day. It was really popular and it all happened from there.

“The majority of the people who’ve trained up as coaches are women and some of them didn’t have any interest in football.

“The first group that went on the coaching course had to do it through thunder and rain, but they stuck at it. Other people taking part in the courses wondered what all of our staff were doing there, but they were all really supportive and helped them through the training.

“The CDSL has helped some people lose weight and those who are usually highly staffed don’t need the same level of support when they’re out on the pitch playing football.”

The CDSL relies on funding to run and has received a number of generous donations, including one from Chan Johal, who works for menswear firm Marc Darcy.

“We really appreciate all of the support we receive from local companies,” Jo added.

“Without their donations, we wouldn’t be able to run league so it does make a very big difference.

“This league is really important to people in the area with learning disabilities and autism and we hope it continues to be successful for many years to come.”

Daniel Landstrom, Disability and Inclusion Football Development Officer at Cheshire FA, said: “The CDSL has been a huge success and shows how football can be enjoyed by anyone regardless of ability.

“All CDSL staff do a fantastic job organising the monthly tournaments and the CDSL is now Cheshire FA’s largest disability club with 27 affiliated teams.”